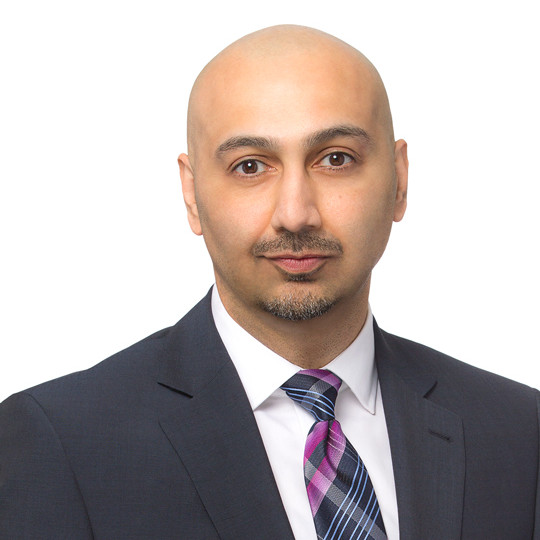 Karim obtained his LL.B. from Queen’s University in 2001 and was called to the Bar of Ontario in 2002. After initially practicing general litigation, Karim joined Zuber & Company in 2007 and became a Partner in 2012.

Karim acts on complex matters arising in Canada and the United States. His practice focuses on all aspects of insurance defence, including claims arising out of commercial general liability matters, professional negligence, motor vehicle accidents, personal injury, environmental issues, product liability issues, occupiers’ liability, breach of contract, construction related matters, subrogated related matters and D&O matters. He has also been retained to investigate matters where fraud may be an issue. In addition to having a defence practice, Karim also acts as coverage counsel and has been involved in complex matters involving various coverage issues.

Most recently, due to the legal issues and various lawsuits arising out of COVID-19, Karim has been handling Business Interruption claims, defending tort matters and advising on issues related to breach of contract.

Karim has a specific interest in trial and appellate work and is specifically retained by his clients in this capacity. He has appeared before the Ontario Superior Court of Justice, Divisional Court and Court of Appeal, as well as before various Tribunals and at Coroner’s Inquests. Karim has also prepared materials for appeal before the Supreme Court of Canada.

Karim is a member of the DRI, Continuing Legal Education Committee of the CDL and speaks at various legal seminars.